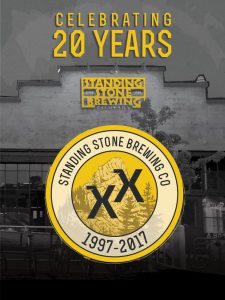 Photos are by George Rubaloff unless otherwise noted.

Who’s hungry?! At the end of the day, SSBC food

Because sometimes you just crave a gooey, cheesy p

Dine al fresco with Standing Stone. In an effort t

Another hot day in the Rogue Valley! Keep cool wit