Here at Standing Stone Brewing, we embrace and support the performing arts in all their shapes and forms, and film is definitely an art form that is one of our favorites!  That’s why we are super proud and excited to again sponsor the 16th Annual Ashland Independent Film Festival.   From April 7th-11th, over 90 films will be shown , including documentary, feature and shorts.

If you enjoy quality cinema in a beautiful setting, the AIFF is hard to beat!  Known as “Telluride without the Altitude, Sundance without the Attitude”, the AIFF  hosts some 7000 annual attendees who come from far and wide to enjoy the best independent films the world has to offer.   9 of this years’ chosen films were actually directed and produced by Rogue Valley locals, which only makes us more eager to catch this season’s offerings! 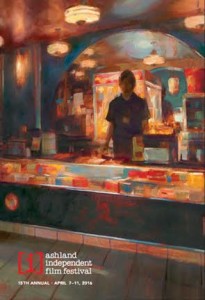 In addition to incredible film, the AIFF offers a chance for cinema lovers to interact one on one with some of the artists, actors, and directors that bring their magic to the silver screen.  Even better – these opportunities include some great beer, as Standing Stone will be pouring ales at both Filmmakers Receptions, Friday April 8th at Liquid Assets, and Sunday April 9th at Smithfield’s.

So get your tickets, grab some popcorn, and be ready for some incredible visual storytelling of international caliber, offered with a small town style & feel.  See you at the movies! #AIFF2016 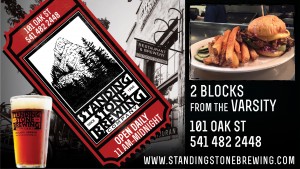